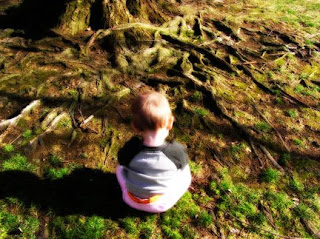 My little Buddha (or, as Beast calls this, Lord of the Bean)
7 comments:

I'm buried in work right now and keep trying to find time to catch up on everyone's blogs.

Read two great books by Janisse Ray. Ecology of a Cracker Childhood and Wild Card Quilt. She grew up on a rural southern Georgia junkyard and writes about community and place. Definitely recommend!

Beast walked in his graduation ceremony this month, although he has a few summer classes before he's really finished. Bean is almost walking. As for myself? I'm crawling through piles of work and housework and it would be really nice if I could find my way out sometime soon.
5 comments:

My dad used to joke around and holler "Hold her back!" every time we'd pass a bookstore. Life hasn't changed much.

I just finished The Price of Motherhood: Why the Most Important Job in the World is Still the Least Valued by Ann Crittenden, so yesterday it was off to the library.

Awaiting my eyes are:
The Overspent American: Upscaling, Downshifting and the New Consumer by Juliet B. Schor
Zen and the Art of Motorcycle Maintenance by Robert M. Pirsig--I have literally had this on my to-read list for more than a decade. Sooo excited to finally get started on it.
Collected Poems by Lynda Hull
Eat, Pray, Love by Elizabeth Gilbert--Everyone and their mother, and even their mother's mother has read this on the bus in the last year. It's written in an accessible (read: toilet-reading), magazine style, which I usually avoid, but the subject intrigues me and ADD isn't rare for me these days.
Big-Box Swindle: The True Cost of Mega-Retailers and the Fight for America's Independent Businesses by Stacy Mitchell
A Year Without "Made in China" by Sara Bongiorni

Care to share any book recommendations? If you're looking for one, check out the Blogging Bookworm, which was my source for several on this list.
9 comments:

Beast did not get accepted into his grad school of choice in California.

He's pretty bummed, but we're trying to keep the positives in mind: no sky-high rent requirements! I still have a job! He'll be done with school soon! Still, it was disappointing for him. He's looking into grad schools for next year and, in the meantime, we are narrowing down our search for awesome cities and jobs within those cities (or telecommuting, which would be even better).

We took Bean to the Institute of Contemporary Art last weekend for the Shepard Fairey exhibit. She was more impressed with the glass-walled walkway overlooking the ocean.

This weekend, we went to Davis Square and got some $5.49 pants for Beast at Goodwill (his old ones were ripped and falling apart at the seams), only they were $3.49 because he found $2 tucked into the pockets of a pair he tried on but didn't buy. The gods were smiling: money grows in pants.

We ate lunch and debated our values in a new city. Here is what we're looking for, and we're definitely open to relocation suggestions:

*A city or town with culture and nature: we either want to be in the city but close enough to bike to nature or in the country but close enough to bike to culture. No suburbs; I've lived in enough of them, thanks!
*Affordable
*Progressive-minded folks: I went back and forth on this. On one hand, it's great to have a mix of folks, but on the other, I'm really seeking community and I haven't found that in the cities I have lived in (which were all mixes) yet. Maybe I should change the wording to "a real community atmosphere" or something to that effect.
*Great public transit or bike-friendly/a year-round climate for biking: it has been almost two year since we have driven a car and we intend to keep it that way.
*Bonus points for year-round farmers markets/climate to grow our own

I have a feeling that this list is like many folks' lists, but I am determined to find this town and live in it! Here is our list of possible cities that seem to match some or most of our value criteria:

It was, by the way, highly amusing to read where you guys thought I'd belong, especially from my blogger friends that I have never met in person. Thank you. And, to answer BB's question, I most certainly am NOT from Massachusetts. I'm from many places, more than a dozen cities in the Midwest and also New Orleans, Clearwater FL, and here. So, I'm not afraid of moving!

I'm sipping some organic, fair trade, caffeine-free chai tea that my wonderful friend Momma Val sent in a care package. She (and the tea) is delightful. Now, I return to my quest for some chocolate. Mhmmm, tea and chocolates ...
11 comments:

Going to California ... or not

"The waiting is the hardest part."

Sigh. I'm not a patient waiter. Who is, really? I'm--we're--waiting to hear back about Beast's graduate school application. His top pick is a school in California. California. As in, sunny and warm and more laidback. California, as in, the complete oppposite side of the country, one of the few states I have never visited and one of the states I'm constantly told I "belong" in (although Momma Val disagrees and thinks I'm more of a Washington or Idaho girl). Perhaps most importantly, California is where I do not have a job.

My feelings are mixed. On one hand, I'm not a huge Boston fan. I don't know, it could be something about the lack of community and abundance of selfish, cold, self-involved people combined with sky-high rental rates and bone-chilling, wet winters. I don't want Bean growing up to invest so little in others, which is the example set by the majority of folks around here. California has year-round farmers markets, great weather, an ocean you can actually swim in, a more progressive community. California is an unknown that I can discover and relish in. Beast would love grad school.

On the other hand, I have a job at a nonprofit with great benefits here that I can work from home for half the week. This isn't exactly the best time to go job hunting. I'm tired of Beast being in school. We have been together for nearly a decade, and for nearly a decade minus one year, one or the other of us has been in school. It would be nice to actually see each other instead of do homework a few nights a week. California is expensive, just as much if not moreso than Boston. Having been here two years now, I feel like we're just getting settled. I'm tired of moving. I've moved more than a dozen times in the last decade. Moving means I'd have to pack again. I hate packing. Don't they have earthquakes and mountain lions in California?

Thrift in this recession

The New York Times has polled authors on whether the recent trend of thrift will last beyond this recession. I have read dozens of blog posts on this matter--and many of them say, yes, let's hope so!--but I'm left scratching my head with the large environmental groups. Where are you? Now is the time when people are realizing how important a dollar is. They are finally stopping to think about their money and realize the power of their dollar. You vote with your money, so where are the large eco-groups crying out for a renewed interest in thrift and where your money goes, what practices it supports, what national policies, what pollution is created, etc etc etc? Now is our moment, our chance. If we can harness enough support now for wise green spending and thrift, it will last beyond this recession and carry us into a new line of thinking, a new way of being. All I'm seeing from the large eco-groups is a sort of "oh, good, they're finally being thrifty" observation when it should be instead the largest PR push they have ever mounted. I suppose it's up to individual actions once again ...

Oh, and The Boston Globe explained how greenhouse-gas emissions have lowered since the recession began--yay!--but how this negatively impacts the cap-and-trade industry.
2 comments: 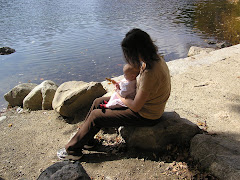 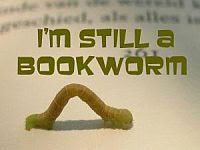